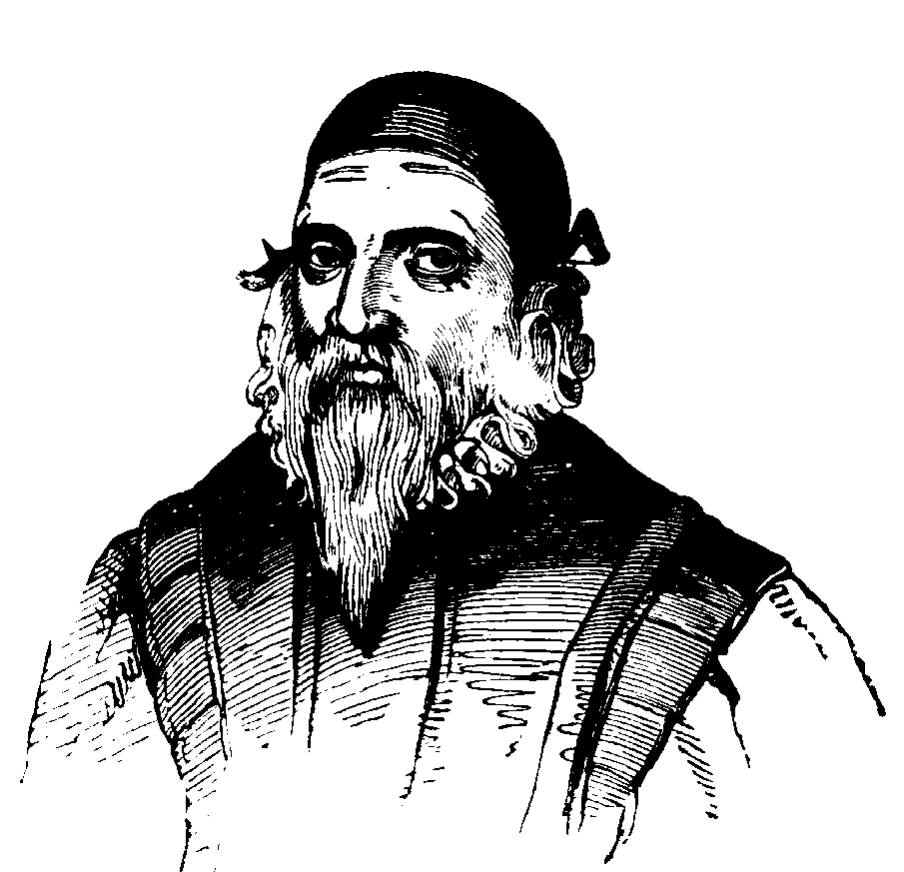 The Life and works of Dr. John Dee
By Robert Hardy
(by kind persmission from his latest work)

Dr John Dee was born in 1527 in the village of Mortlake which is situated by the Thames outside London, Dee had a remarkable life full of adventure, magic, and espionage, Dee always moved in a cloud of mystery, travelling around Europe and beyond, rubbing shoulders with some of the most influential people of the day.

But lets go back to the start of his story, John Dee at the tender age of fifteen entered the esteemed halls of St John’s College Cambridge to start his academic life, He had a quick mind and worked hard in the year 1546 he was appointed Under Reader of Greek at Trinity College. As a reward for all his hard work Dee was honoured when he was accepted as a Fellow of Trinity and went on to graduate as a Bachelor of Arts.

When still at Cambridge University, the serious charge of sorcery was brought against him. Dee had created a mechanical flying beetle, for the stage production of Aristophane’s; "Pax", apparently it was so realistic some fools thought it the work of the devil.

"Travel broadens the mind" it is said, and one year later found John Dee at the University of Louvain in Belgium. Dee quickly made friends with the map maker, "Gerardus Mercator". On his return back to Cambridge he had managed to smuggle back new astronomical instruments and two of Mercator’s globes of the world. These items at the time were of great help to English science of navigation which had slipped into second place, next to some of its foreign neighbour’s; "Those who ruled the sea, ruled the world" Empire building was the name of the game then. This was John Dee’s first taste of industrial espionage.

Science and Magic were bed fellows back in Elizabethan times, the renaissance men tended to study both, black magic was a taboo subject, so one had to be careful not to over step the mark. Natural magic was okay. the churches view was Natural magic was a force where God worked through the medium of the hidden spirit world, and therefore a force for good. (Do not confuse the term natural, with modern day nature based religions, and shamanism. The term natural magic, was more akin to modern spiritualism) John Dee like many of his contemporaries was fascinated by the subject called, natural magic, and whilst on the continent again, making a good living teaching mathematics, Dee had the good fortune to make the acquaintance of no other then Cornlius Agrippa a celebrated magician of the time, together they investigated the mystery’s of natural magic and the way telepathy worked between the spirit world, and the world of man.

During this time Dee had built up a reputation for himself as an astrologer, so much so, that his talents attracted the interest of the Royal court of Queen Mary. As a result John Dee was played to cast horoscopes for the Queen and her prospective husband king Philip of Spain.

John Dee’s cousin, Blanche Parry who was Maid of Honour to the young princess Elizabeth, who at the time was confined to Woodstock near Oxford. Through his cousin Dee perilously formed a link with Elizabeth, and drew her Horoscope. Because of his involvement with Elizabeth, John Dee was accused of trying to murder Queen Mary by the heinous crime of black magic, luckily for Dee the only evidence his accusers could put forwards was Mary’s horoscope that he had shown to Mary’s sister Elizabeth. Although being acquitted of the charge he remained in prison until his release in 1555.

Elizabeth was crowned Queen in 1558. After the death of her sister, not forgetting her old acquaintance, Elizabeth summoned John Dee to court, where a friendly relationship blossomed between John Dee and the new Queen. However Elizabeth kept John Dee in the wings. not wishing to be seen by the court openly to having a liaison with a suspected sorcerer, Dee was introduced by the Queen to Sir Francis Walsingham, who was head of Elizabeth’s secret service. After this meeting Dee would often travel to the continent on the Queens business, or more often or not on some errand for the spy master Walsingham. Did John Dee gather secret information for the crown, using his magic for a cover for espionage, no one knows for sure, but it would have been easy for such a gifted mathematician to hide a cipher inside his complex magical symbolism.

John Dee was married twice, his first wife died in 1575 just one year into the marriage, the strange thing was, on the day of her death Queen Elizabeth along with her entourage visited Dee’s house. The Queen wished to see her astrologer’s magic glass, that was the talk of the court.

Dee wrote in his diary; "The Queen and her courtier’s laughed heartily" as John Dee’s, magic glass was more then likely to have been a concave mirror, Elizabeth and her friends would have seen themselves upside down or distorted in the dark mirror. This probably frighten them, so being human, just laughed it off. Stranger still, there was no record of the marriage in Dee’s diary, not even the woman’s name, Dee’s diary, not even the woman’s name, furthermore, why was the Queen not upset about the death of his wife?

In the years that followed Dee married for the second time to Jane Fromond, a lady in waiting at Elizabeth’s court. John Dee became fascinated by the strange dreams he experienced following his attempts to contact the spirit world, through the use of his magic mirror or seeing stone’s. John Dee was the first to admit he lacked the mediumistic quality’s to make contact with the other side. He made a note in his diaries to the effect; "I know I can not see, nor scry". Jane also started to have strange dreams which Dee, along with his own, carefully recorded in his diary.

Dee clearly knew much about Edward Kelley’s past and probably thought; "I know this man is a bit of a rogue, but he has been through the mill, so to speak". John Dee did however insist that Kelley concentrate on contact with angels and good spirits only, and never to try and make contact with devils, and the like.

Thus started a relationship that resulted in the creation of a whole new magical system. called today Enochian Magic. Edward Kelley would sit down in front of the crystal and describe what he saw and heard, John Dee would sit nearby and record all the information, sometimes asking questions which Kelley would put to the spirits in the glass. The angels went on to instruct them to make large magical charts and through the medium of the mirror or crystal stone, they would place certain strange letters, into column’s or magical graphs. (Dr John Dee diaries and manuscripts are housed in the Sloane and Harleian collection, in the British Museum, also his magical equipment, and show crystals can be viewed )

One spirit in particular came to dominate the scrying, appearing time and time again, she called herself, Madimi. Dee recorded in his diaries that Madimi; "Was a spiritual creature, like a pretty girl of seven or nine years of age, half angel, half elfin". The spirits started to teach Dee and Kelley their own Angelic language which they called Enochian, moreover they taught them certain calls and invocation’s in Enochian, to be used at the start of a scrying session to open the way to higher levels, Madimi was always there to help popping in and out, (Dee named his own daughter after her).

In 1583 Count Adalbert Laski of Poland visited Elizabeth’s court, were he was warmly received, the Queen asked John Dee if he could entertain The Count and show him their experiments, she would pay his expenses. Laski was so impressed that he persuaded Dee and Kelley with their families to return to Poland with him, and carry on their experiments there. John Dee and Edward Kelley caused a great deal of interest in and around the continent with story’s of their Angelic conversations and the future prospect of Kelley’s break through in manufacturing lead into gold. Consequently, they had celebrity status and were guests at the dinners tables of the rich and famous. With the invitation to the palace of the King of Poland, things looked rosy for our two hero’s, until May 6th 1586 when a Papal nuncio was given to Emperor Rudolph the second, the document accused John Dee and Edward Kelley of sorcery. Sadly the Emperor had no choice but to expel them from Prague.

Luckily they found a new patron in one Count Wilhelm Rosenberg, who invited them all to come and live in his palace in Trebon. It was about this time when things took an extraordinary turn , Madimi appeared in the magic glass and after the usual question’s and conversation, the spirit child Madimi said: "Hear what I say God is the unity of all things" then she instructed Dee and Kelley to share all things including their wives. Dee refused at once to follow Madimi instructions, rebuking her for using such unmeet words. When Jane Dee heard of the proposal flew into a temper, which upset everyone. Dee reassured her saying he would have nothing to do with the proposal, but the seed of the idea had been firmly planted in all their minds.

Madimi eventually triumphed, and on the May 3rd 1587. Dee and Kelley along with their wives put their names to a document swearing to carry out any and all angelic commands. The result of their wife swapping is not recorded, but shortly

after that, the angelic message’s dried up. Madimi and her angel’s had visited John Dee and Edward Kelley for seven years, now they had gone, it was the end of an era, soon afterwards Kelley’s family left the Dee’s.

John Dee for his part returned to England with his family, and sought an audience with Elizabeth, I don’t know the outcome of that meeting , but shortly afterwards Dee was given the wardenship of Christ’s Collage Manchester.

Dee returned to Mortlake in 1605 to spend the last days of his life in peace. He died three years latter at the age of 81.

In conclusion, did the apparent sexual freedom release the suppressed frustrations of the two couples, which must have been present in the pressure cooker environment they found themselves in for seven years, and did this result in grounding the sexual energy (odic force) thus causing the crash of the spiritual link, was this behind Madimi’s proposal ?

Having looked into John Dee life in some depth, I must apologise for the parts of his life I missed out, but if this short potted history, wets your appetite to learn more about the man and his magic, I have no regret’s.

Enochian magic was at the heart of the Golden Dawn’s teaching’s and appears in all their initiation ceremonies and rituals. When Israel Regardie published the book; "The Complete Golden Dawn system of Magic". in 1984 the Orders material on Enochian magic became public property, volume ten is given over totally to Enochian system, finishing with an impressive Angelic Dictionary.